Moulin d’Angles lies in the small, green valley of the Clauzelles stream, one of many tributaries of the Céor, close to the villages of Salmiech and Arvieu in the Département of Aveyron. It forms a small hamlet on both banks of the stream. On the right bank, which lies in Salmiech, there is the mill itself and an old sawmill. On the left bank, which is in Arvieu, is a traditional bread oven, an old pigsty and two stone barns. The smaller barn, with a porch underneath, has been transformed into a holiday cottage, while the larger barn, on the opposite side of a small courtyard, is used to store wood and the remains of old tools and machinery found on the site. A small local road passes by the hamlet. Around the hamlet and along the banks of the stream extend 3 hectares (about 7.5 acres) of meadows and woods. Water to run the mill came down a long mill-race, which still exists in parts. 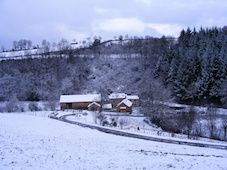 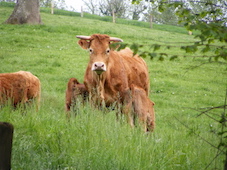 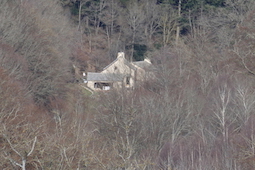 We bought Moulin d’Angles in 2005, having fallen under the spell of this charming place. It nevertheless took several years to restore the buildings to make them habitable and to turn the grounds into gardens and orchards. We used methods and materials that are ecological, traditional and make use of local resources (stone, wood, chalk etc), with the help of local craftsmen. The bread oven was restored with the help of neighbours during a shared workshop. The Fondation du Patrimoine has awarded us their label for the quality of the restoration of the mill and the bread oven. Respect of nature and ecology have guided us in the creation of gardens around the buildings and a natural park on the rest of the land. Our small hamlet is quite isolated, just over 1 km from the nearest farms, and is exquisitely quiet, with the murmur of the stream as the only noise, as well as nights lit with thousands of stars.

A few views of the cottage 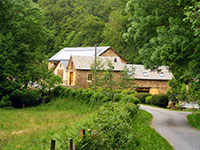 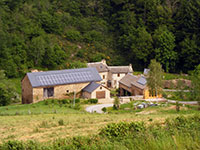 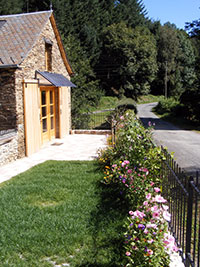